Back in the summer of 2007, I participated in a CSA, and found myself frequently overwhelmed by produce. Case in point: for several weeks in a row, I received 10 pounds of tomatoes a week. For people who do things like make pasta sauce and can it, this sort of bounty probably sounds wonderful. For me, who did neither, it was about 9 pounds of tomatoes too many per week.

I made it through, with many tomatoes shared with friends, many caprese salads, and probably a certain amount of compost.¹

I also had fun taking photos of the tomatoes. One week I had a large number of little egg-sized tomatoes, which inspired me to play with my food. (The yolk is a little round yellow tomato.) 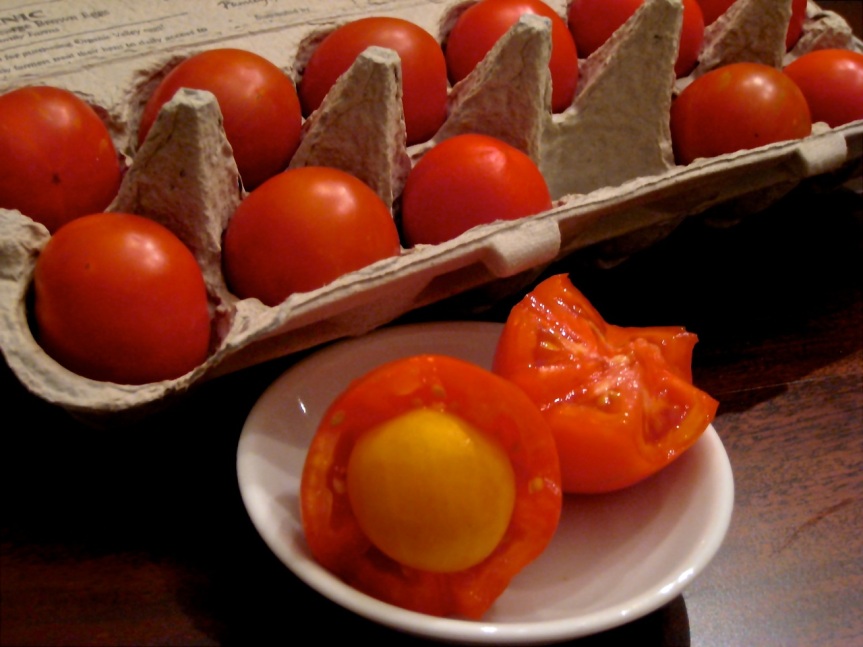 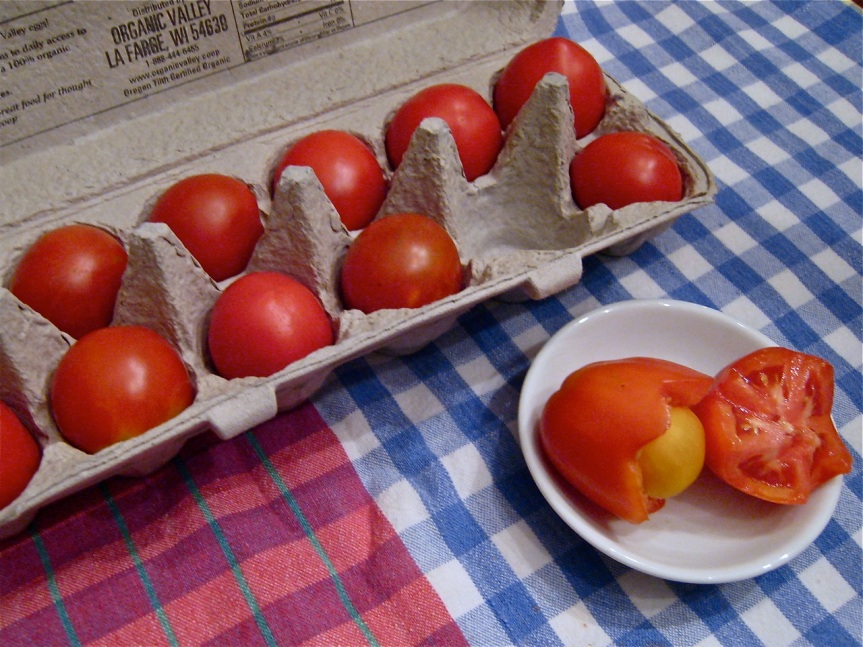 ¹ I also produced a fair amount of tomato posts, including a tomato ThThTh list, and a post about excessive tomatoes, in which I actually first posted these photos.²
² It’s so funny to go back and look at some of my old posts. I was a posting maniac back when this blog was in its infancy. Also, I was often pretty damn funny. If I do say so myself.³
³ Apparently, I do.

5 thoughts on “a dozen tomatoeufs”