Tonight was Phoebe’s pre-K graduation, and I signed up to make finger sandwiches for the party afterwards. (I’m still not sure I used the right number of fingers in the sandwiches. The recipes were all so vague.) Since we didn’t have time for a real dinner before heading out, and since the party with foodstuffs wouldn’t be until at least 7, it was clear we needed a snack. Seeing as I had just cut the crusts off several loaves of bread to make dainty-looking sandwiches, I offered up some bread crusts for a snack. They were received much more enthusiastically than I would have expected. I insisted that they should have some water with their bread crusts, though. Because I’m caring like that. 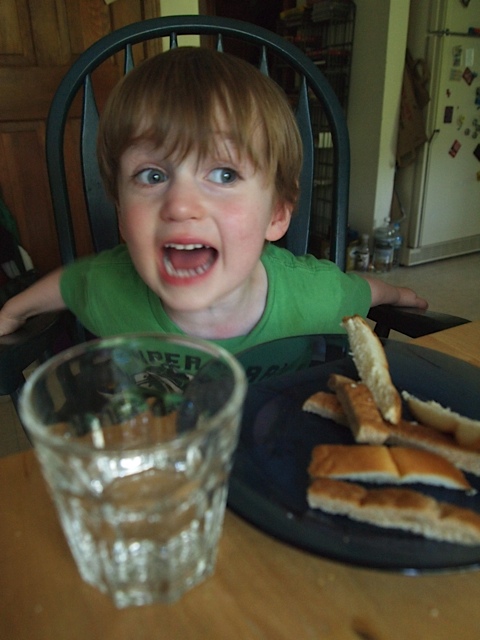 Bread and water: nothing but the best for my children.

Phoebe with her meager portion.

Here is Phoebe in her pre-K graduation regalia. She has been excited about this event for weeks. This is about as happy as she looked during the festivities though.

But lest you think that they are miserable, here are some photos of Phoebe and Theo looking happy on the playground after the graduation party… 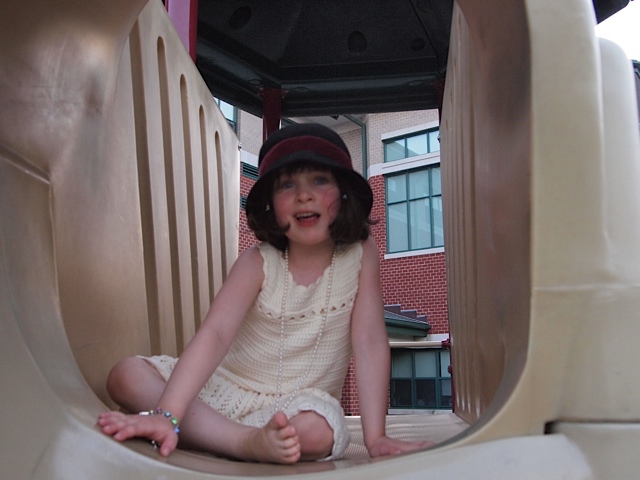 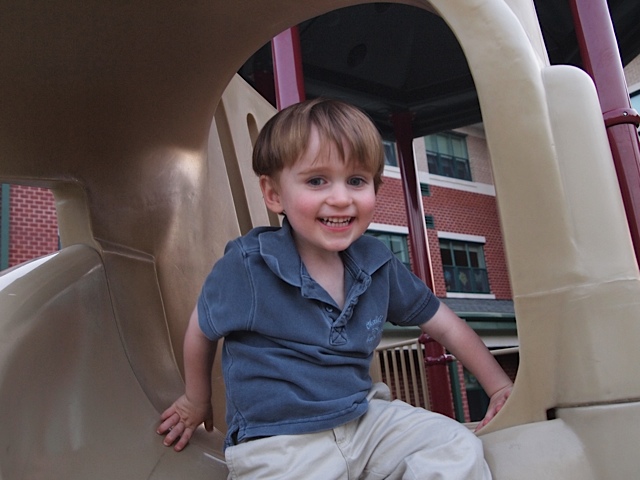 (I can’t hold my eyes open now, so I’d better get to bed. Tomorrow I’m heading into Boston to attend a conference. I was concerned that the commute might not be reasonable, as there was a chance of parade, and such parades have in the past led to crowded trains, heavy traffic, and more-than-usually-difficult parking. However, I’m glad to see that the parade isn’t till Saturday. Of course, I’ve also been planning to attend the conference on Saturday, so may well have to deal with the same issues then, and may not be able to make it to some talks I’d hoped to go to, including one by a friend. And doesn’t that just rain on my parade.)

4 thoughts on “a few crusts of bread”