The photos I’m sharing today are of a much loftier sort than the ones I posted on Wednesday. While dumpsters are rather down-to-earth, these photos are taken while looking…down to earth. From a plane.

Many of the fields of the Western and Midwestern United States use a system of irrigation that leads to fields that are circular, or segments of circles, which are then interspersed among more traditional rectangles. These geometric shapes arrange themselves in a surprising array of colors: hues arising from different soils, different crops, different stages of growth, and likely other and sundry factors that are better known to those who farm those fields. Flying in a plane above, if you are lucky enough to have a window seat and the right weather and lighting conditions, not to mention the right flight path, you are presented with an ever-changing gallery of these wonders of shape and color. 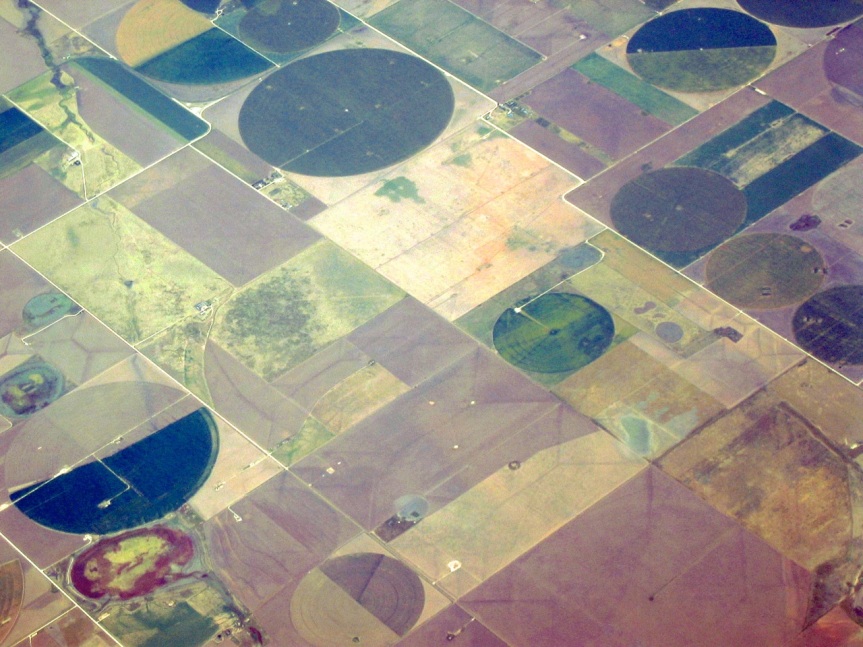 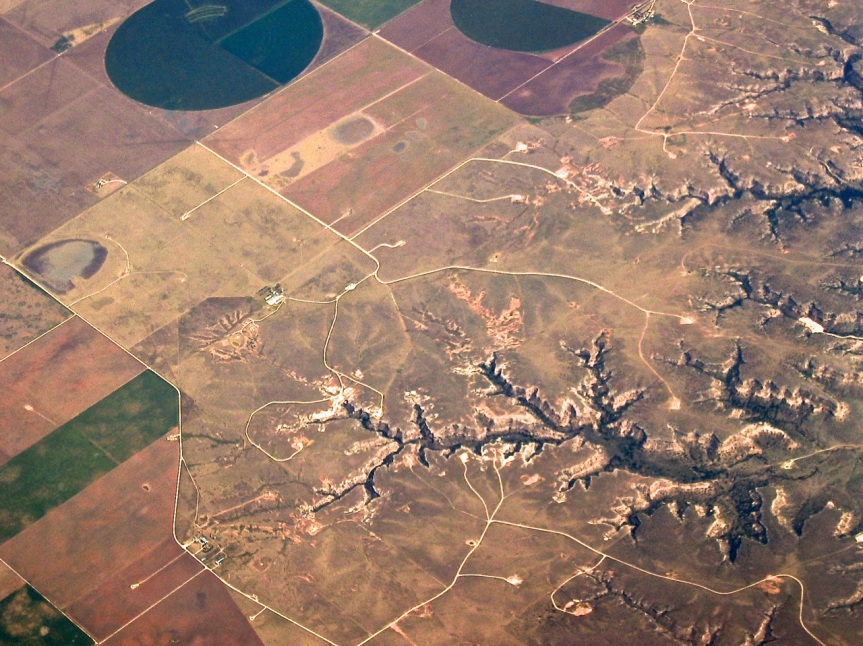 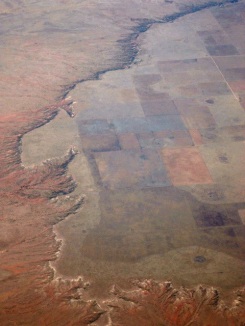 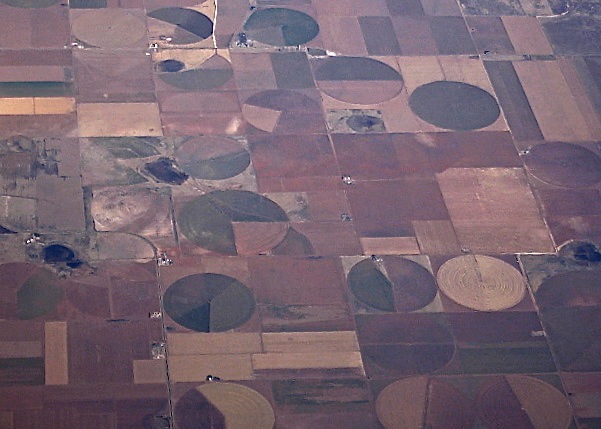 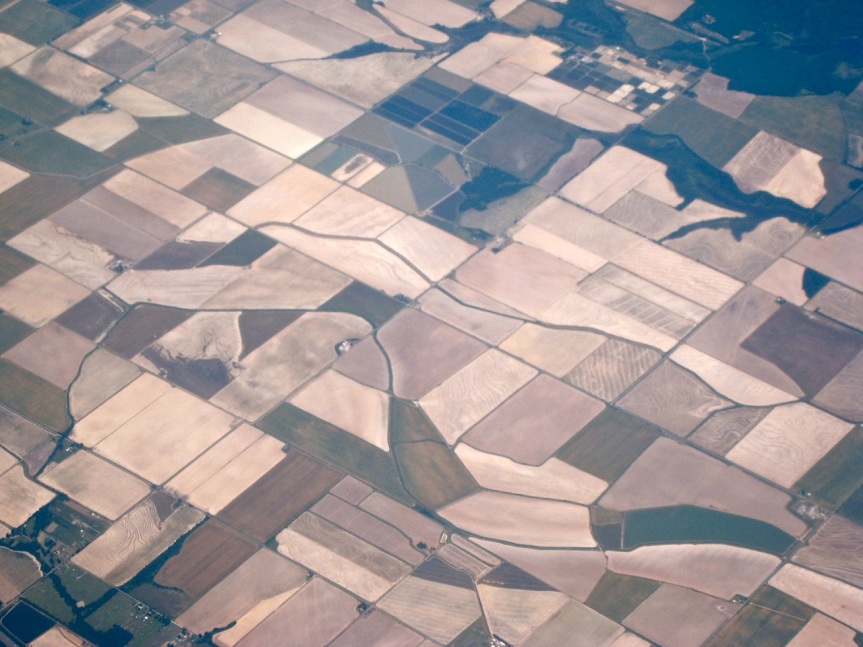 These photos were taken on 3 different trips. The first 6 are from August 2004, taken en route from the East Coast to Colorado (or vice versa), or from some connecting flight in between. The next 3 are from a January 2006 flight from Albuqueque, New Mexico. The last two are from a May 2008 flight to Houston, Texas. I don’t recall my specific itineraries, so I don’t remember where I was in each case. (I mean, other than in a plane. I remember that much.) They were all taken with point-and-shoot cameras.

This week’s friday foto finder theme is “high,” another that offered many choices from my photo archives.¹ I’ve mentioned it before, long long ago, but I really love heights. I therefore have many photos from high places: tall buildings, hikes, ferris wheels, and gondola rides. I considered posting something from each of these. However, I figured that seeing as I haven’t had the opportunity for space travel, views from a plane are about as high as I can manage.

I’ve posted a few of my other window-seat pictures before. And I probably will again. And if ever I have the chance to travel into space, I promise to share the pictures.

9 thoughts on “above the patchwork fields of middle America (friday foto finder: high)”