Remember how cute the kids’ pumpkins looked a few days ago? Wouldn’t you know it, time got away from me, and I left the pumpkins sitting there in front of the fireplace. Come Friday, I thought I should bring them out and figure out how to light them up. Unfortunately, the jack-o-lanterns had not fared well. Even though our house is chilly, it is apparently not chilly enough to keep a carved pumpkin from rotting and molding: 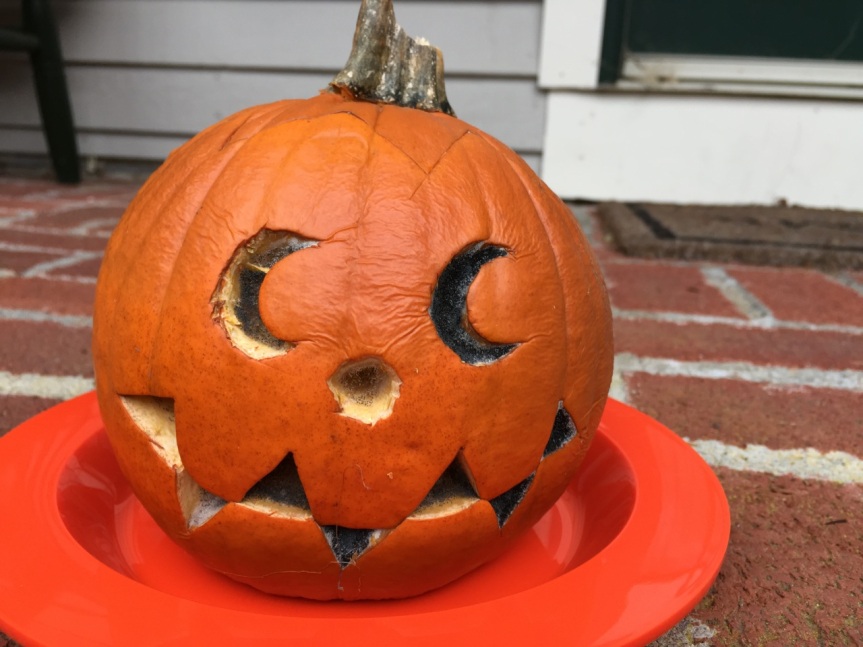 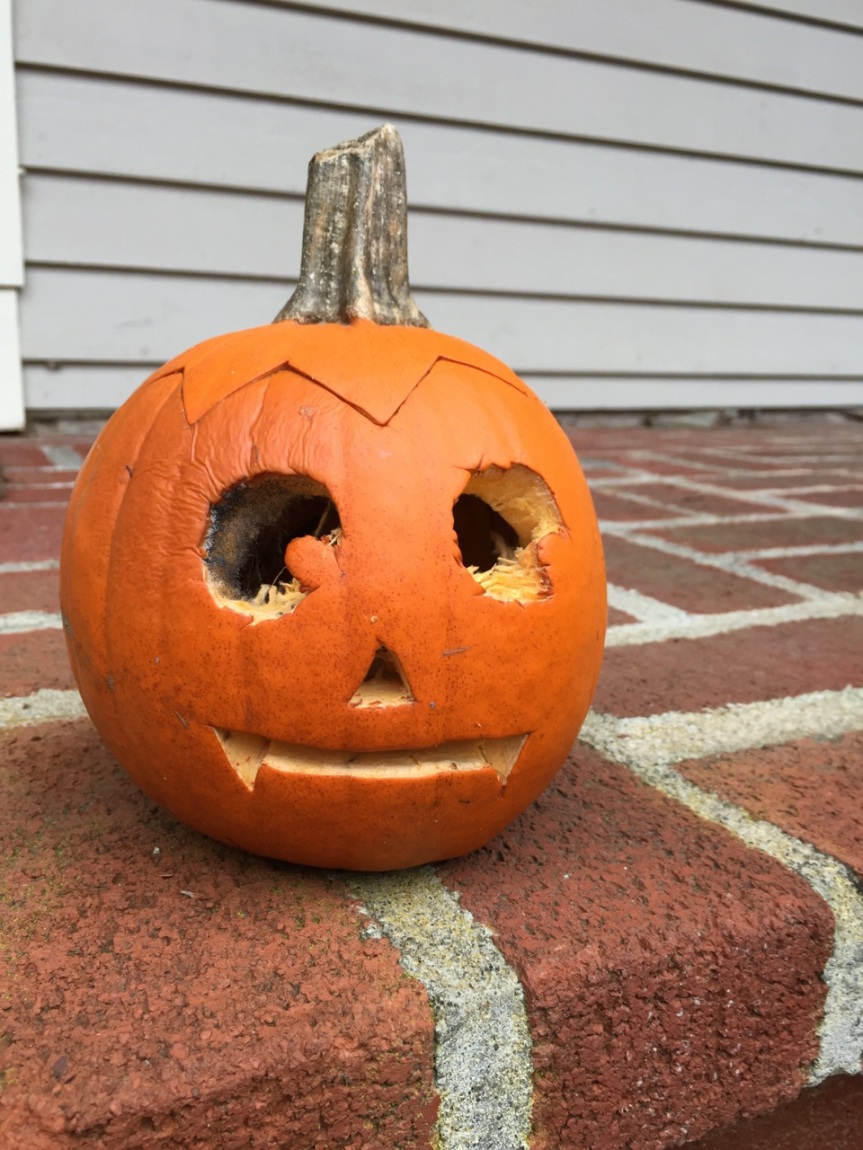 On the bright side, we still had more uncarved pumpkins. I hadn’t found time to carve mine, nor John his, and there were a couple more smaller pumpkins that we had gotten from my CSA. (I’m sure they would have been great for pie-making…) The kids and I had a bit of time after school on Friday before we were joining friends for trick-or-treating, so we knocked these guys out (and set them out) on Halloween night. 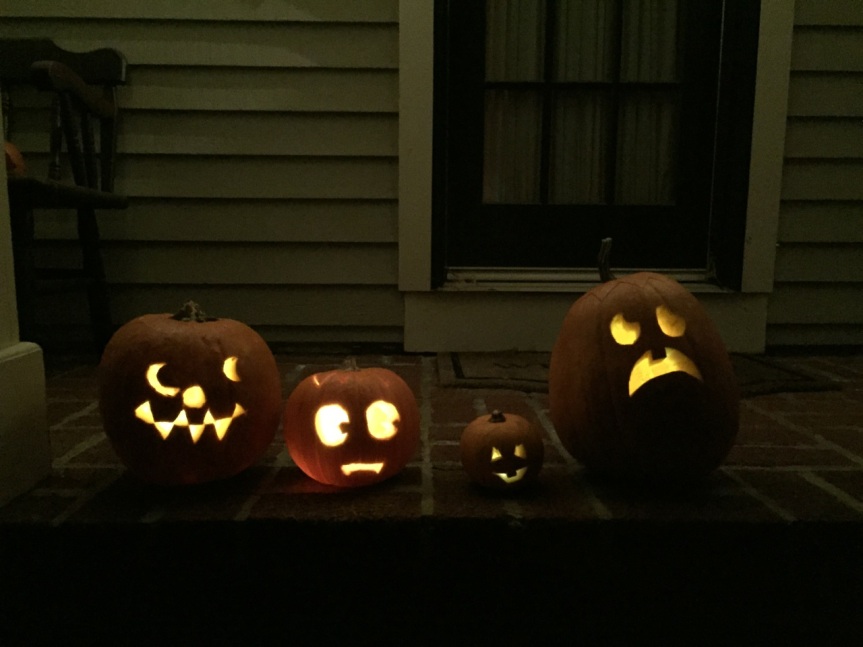 I would also like to note that we didn’t have any tea lights, candles or otherwise. We had to get creative to light these up. Two have LED head lamps, one has a small flashlight, and another a keychain light. Each of the lights was wrapped in a layer of a yellow napkin, and the placed in a plastic sandwich bag before being placed in the slimy insides of the pumpkins.

One thought on “pumpkin carving, take 2”