No mockery in this world ever sounds to me so hollow as that of being told to cultivate happiness. What does such advice mean? Happiness is not a potato, to be planted in mould, and tilled with manure. Happiness is a glory shining far down upon us out of Heaven. She is a divine dew which the soul, on certain of its summer mornings, feels dropping upon it from the amaranth bloom and golden fruitage of Paradise. (Charlotte Bronte, Villette) 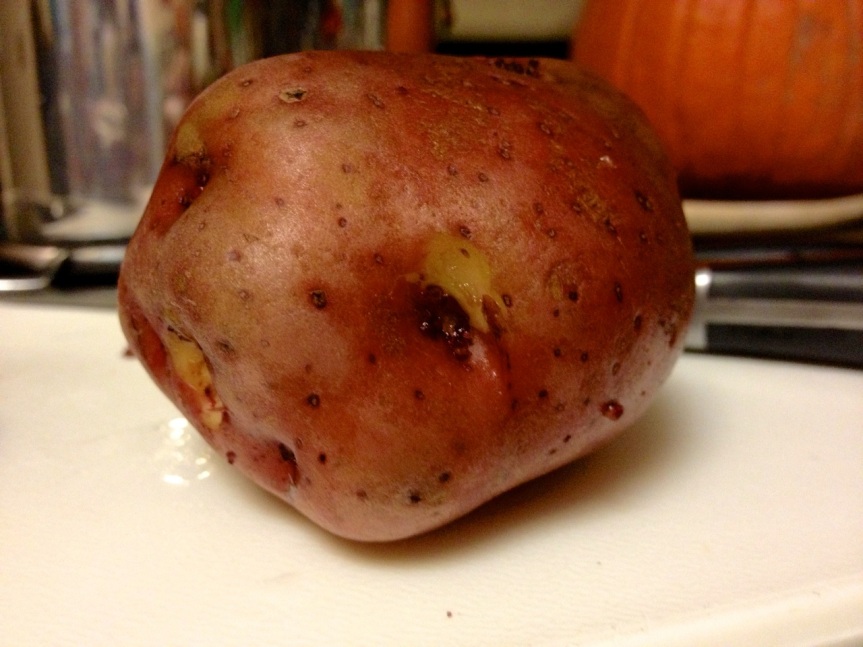 Happiness is not a potato.

Close to 2 years ago, I was preparing to roast some vegetables for dinner. I washed a potato, and started to cut out some of the eyes that looked like they would be a bit tough, when, to my surprise, I had the impression that the potato was looking back at me. Yes, we all know that potatoes have eyes, but they don’t usually have mournful eyes. Further, I realized that the “eye” I was cutting into with the point of my knife was actually more like the potato’s nostril. Filled with remorse, I stopped to take some photos of my sad, sad potato. (And then I continued to cut it up and put it in a roasting pan.)
Some days later, I came across the quote above, by Charlotte Bronte. Indeed, happiness is not a potato, and I had the photographic proof.

If anything, as far as I can tell, sadness is a potato. 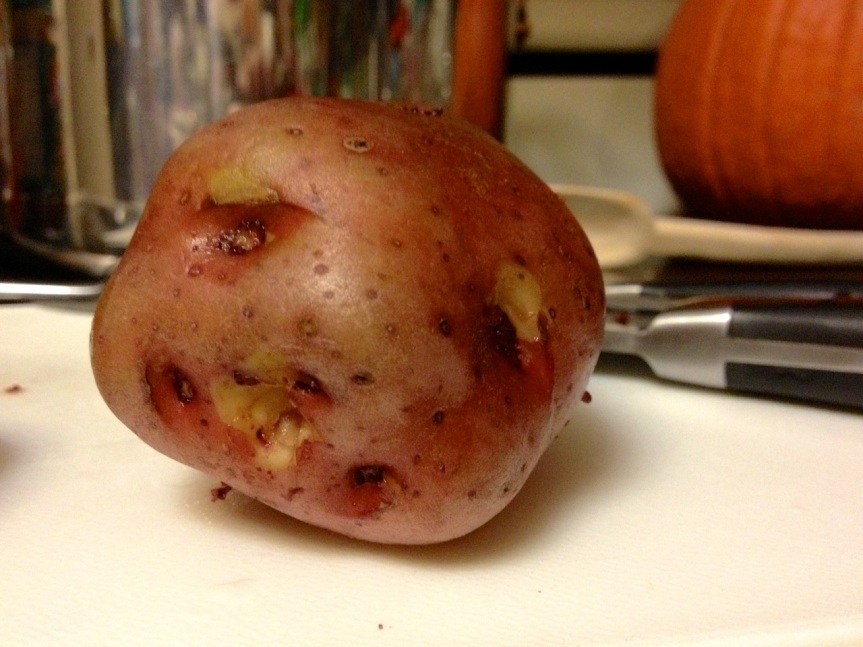 While perhaps not with the same frequency as my sharing of leaves, this is far from the first time I’ve shared vegetables with faces. In fact, 3 years ago, a butternut squash and I declared November 21st to be International Day of the Odd Vegetable.² Together, the squash and I reminisced about an eggplant we once knew.

How about you? Have you come across any produce with personality?

¹ That’s what I was imagining I’d call a post about this potato.
² Alternately, The Day of Peculiar Produce.

One thought on “happiness is not a potato”