With Easter around the corner, and with nesting on my brain, it seems like a good time to break out the eggs. While there are loads full of eggs out there, to help moderate our cholesterol intake, I’ll restrict this ThThTh list to a dozen egg things. 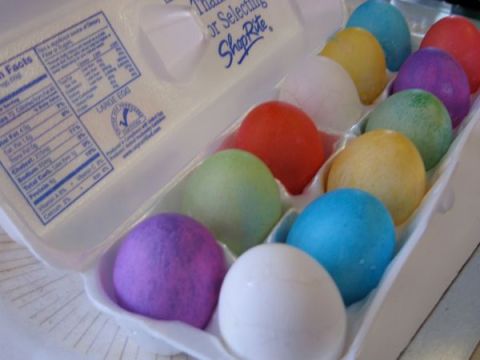 images (edited 2/7/2010, since people were wondering): The white egg is a public domain image from wpclipart.com, and the single colored egg images are ones that I made based using that image. The photo at bottom is mine.

6 thoughts on “all my eggs in one basket”