Here we are, moving from Spring towards Summer up here in the Northern Hemisphere. The days are getting longer, the trees are getting leafier, and the bugs are coming out in force. Excitingly for many small people, this includes large numbers of caterpillars. Around here, we get lots of Eastern tent caterpillars, fairly big brown hairy things with patterns of black stripes and blue dots. It is not uncommon to hear a gleeful cry of “I found a cater-pidder!” from Ms. Phoebe.

This army of furry future moths¹ has inspired this week’s moth ThThTh list.² 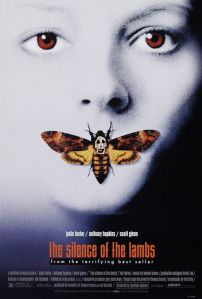 ² I was going to include butterflies, too, but the list was getting out of hand, and I do need to get some work done tonight. Also sleep. So perhaps butterflies will flutter back this way next week or so.

³ A friend of mine from college was somewhat scarred by having tried them as a child when visiting Korea. There was a certain kind of carob-flavored soymilk I got which she couldn’t stomach, as the flavor reminded her of beondegi.