It’s been another long crazy day, with little to show for it. However, I do have something to show for some of my recent days.

I made a few ornaments for some relatives again this year. (Not as many as last year, though.) I was all set last week to mail out a parcel full of fair trade chocolate to some people (Theo brand!), which I’d wrapped up in some re-usable gift bags from Wrapsacks. Then Phoebe came home from daycare with some ornaments she’d made with pipe cleaner and plastic beads. And then I was apparently overpowered by the desire to make some more ornaments. Perhaps due to my need to one-up my two-year-old daughter. I’ll show her!

And so it was that in the midst of feeling overloaded, I was up past 1 in the morning, scavenging and snipping and stitching. I cut some tree shapes from a bit of green felt (leftover from Theo’s Halloween carrot-top hat), and sewed on some glass beads, and some bits of chain on one: 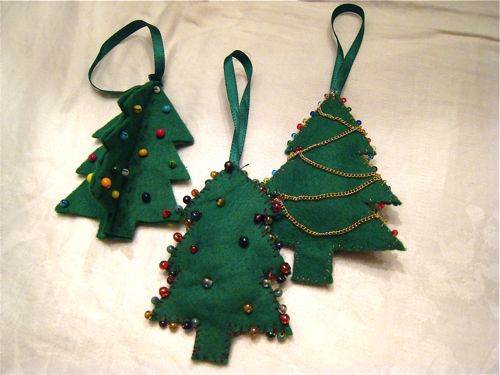 Last night, once the little people were asleep, I sat down with my laptop and was greeted by a message telling me that my computer had not been backed up in 110 days. Gulp. Whereas I haven’t done huge amounts of work on my laptop in that time, there has been a fair amount. And what’s more, I have taken quite a few pictures. Theo is, in fact, only about 120 days old now, so losing those pictures would have been more than a little upsetting. Seeing as my laptop had been acting a bit screwy with the sound output the night before, I knew I shouldn’t wait any more.

While I waited for my backup to finish, I took a few pictures. I’d been saying I’ve wanted to try out some macro photography, and my little point and shoot Canon can only get me so far. (Or so close, as the case may be.) So John set me up to play with his Nikon SLR and a macro lens. Here are some of the results: 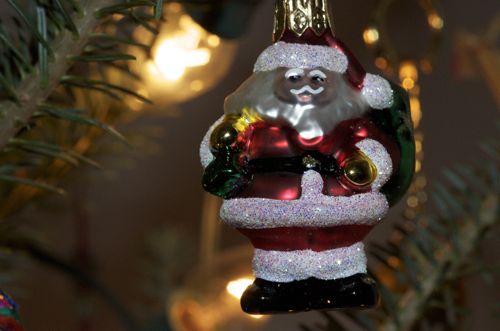 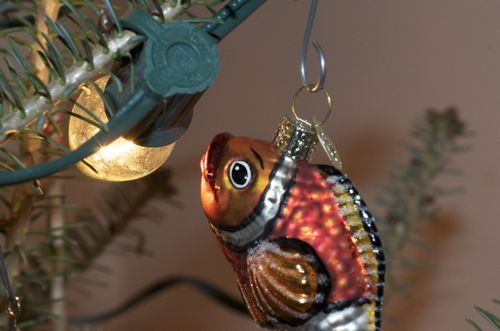 A couple of ornaments on our tree. 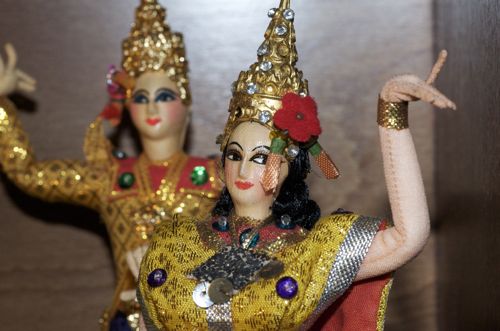 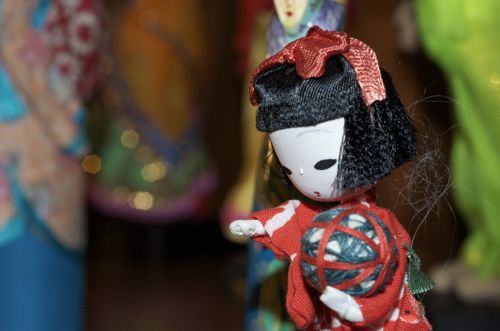 Some dolls from my grandmother’s collection that she would display at Christmas. 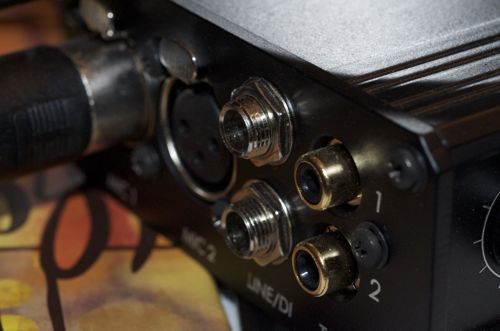 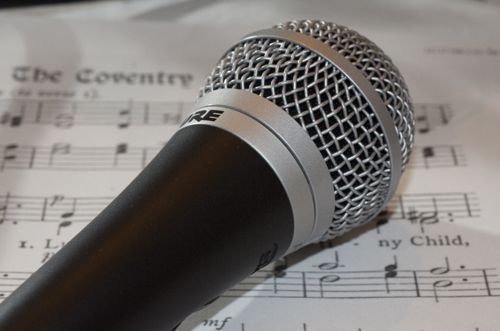 That last pair relates to something else I did recently. They are closeups of my pre-amplifier and microphone, which I used to make a recording.

I submitted a song to the 2008 Blogger Christmahanukwanzaakah Online Holiday Concert, which Neil of Citizen of the Month is so graciously hosting. I lost my voice last week when I had a cold, so I almost chickened out. But I mostly got my voice back, and I figured I would regret it if I didn’t send in a recording.

(The song I sang is Coventry Carol, and I have a post drafted about that song which I’ll probably share in a few days.)