Pi Day caught me a bit off guard this year, but was not going to let my unpreparedness result in pielessness. I had some errands to run this afternoon, so I stopped by the store while I was out to get a pie crust and some frozen berries, and voila! The Pi Day Pie tradition has been upheld.

This pi pie is the 3rd such pie I have under my belt. (Not to say that I ate three whole pies today. Though I could imagine such a feat. I do love me some pie.) My Pi Day tradition started with a pi post back in 2008, which then inspired me to bake my first pi pie. Pi Day of 2009 was a pieless day, due to traveling and attending a wedding, but then I did recapture the pi magic in 2010.

In celebration of Pi Day, I offer you a gallery of pi pies past and present. 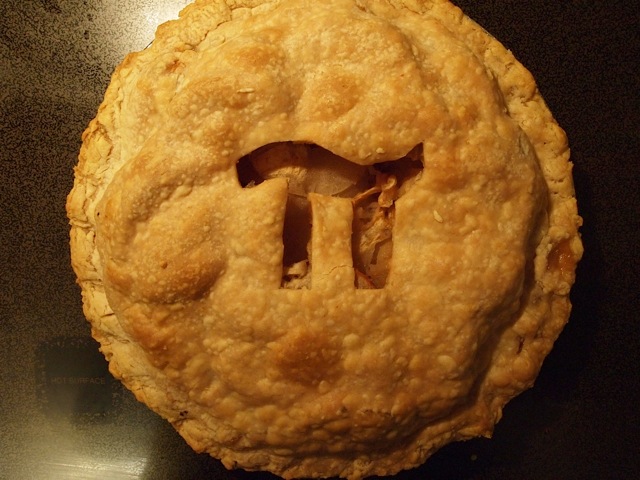 This year’s pi Pie is of mixed berry heritage.