In this part of New England, the textile industry once dominated. In the towns around where I live can be seen many an old mill. Many of the mills are now abandoned, others have been converted to new uses. This particular mill was once a yarn mill, but in recent decades had been converted to space for dozens of small businesses. About 6 years ago, the whole mill complex was largely destroyed in a fire. The fire started in the middle of the night, so happily there were no casualties. But the businesses were destroyed, and many lost their jobs and livelihood. (It particularly saddens me to think of the many artists who had studios in the mill, who undoubtedly lost years worth of artwork.)

All these years later, the mill is still a burned-out shell. Much of the debris and rubble was cleared out, but large sections of the structures still stand. Here are some photos that I’ve taken on a few different occasions over the past year. 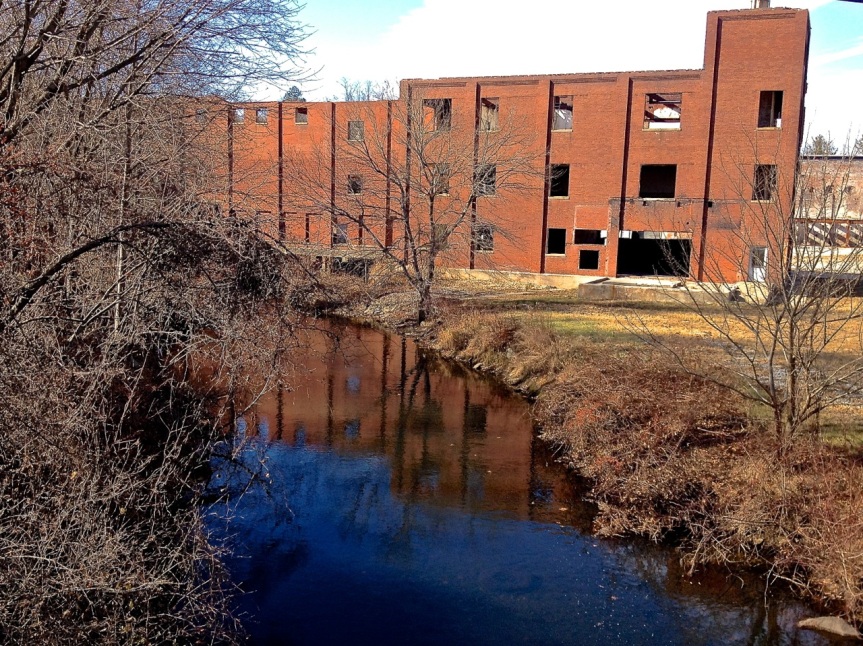 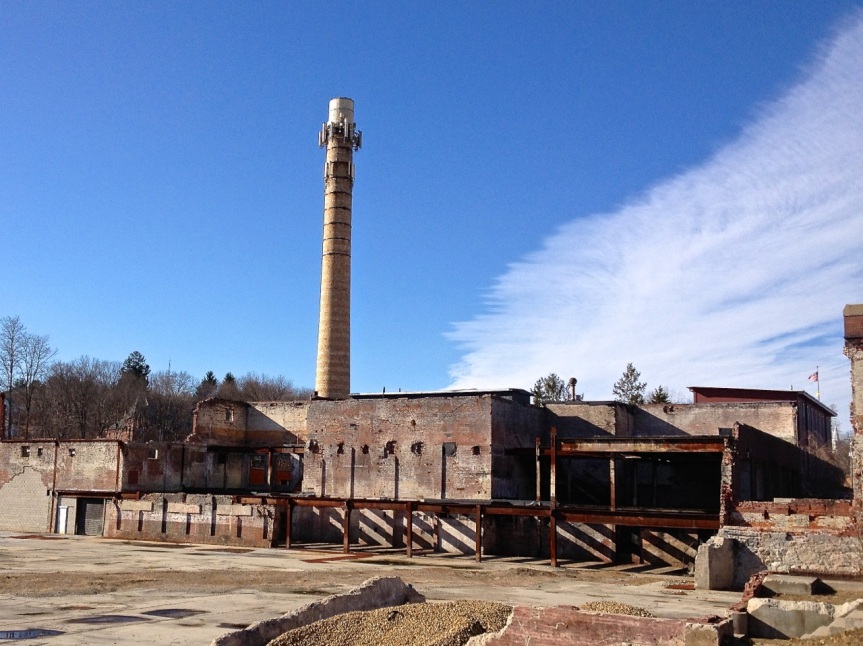 The smoke stack has been converted into a cell phone tower. I vaguely remember that this happened after the fire.

The shell of the rather ostentatious columned façade.

A sign on the fence remaining from before the fire: “No smoking beyond this point.”

I find it a bit eerie to see that remnants of the landscaping survived the fire. Here are some ornamental trees and a hydrangea bush, in their late fall but otherwise healthy states.

I found the striped shadows of these exposed rafters to be quite striking.

A different angle on those shadows, and zoomed in a bit. (Hence the graininess.)

The façade does look very imposing against the fiery colors of a dramatic sunset. 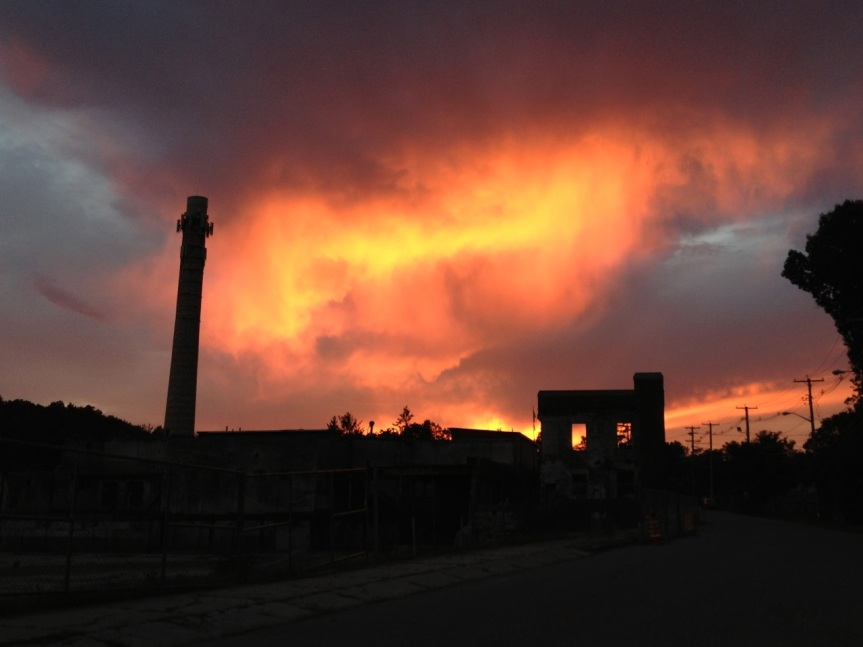 This week’s foto finder challenge was to share photos on the theme of “factory.” To see what other sorts of factories others have found, pay a visit to the fff blog.