Over the winter, I often would find that my car (parked overnight in the driveway) would be covered with frost in the morning. I frequently admired the various patterns. In fact, it was only a few days after I posted a series of photos of the scribble-like frost patterns I’d seen on my car on different days that I went out to find these new and unexpected frost designs:

Rather than the more typical zig-zaggy patterns, the car was covered swiling, whirling whorls and arcs, reminding me strongly of plumes.

Interestingly, it was not just the windows that were frosty, as was often the case, but the whole body of the car. 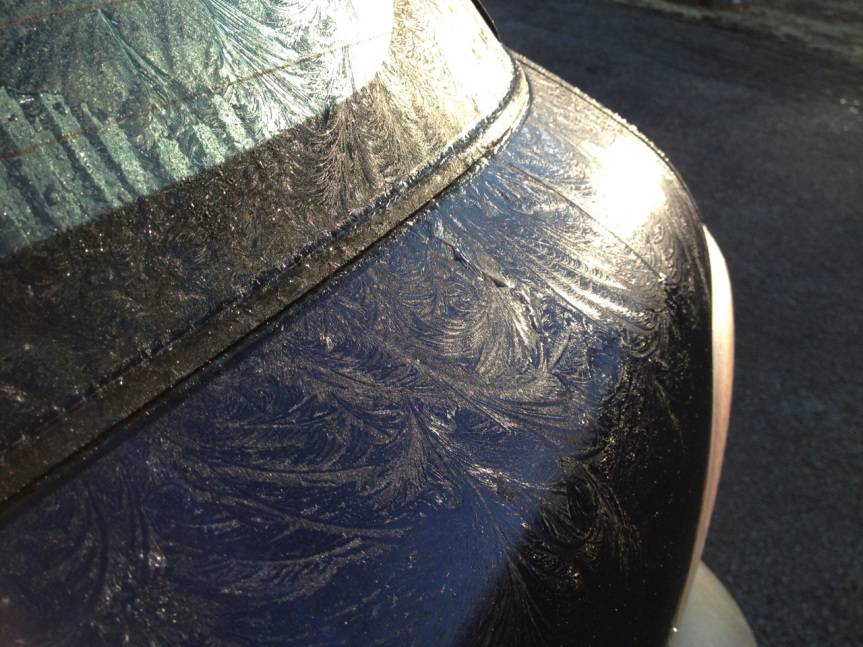 I suspect that the patterns were not so much frost as thin sheets of ice from freezing rain, which wind had blown around as it froze. 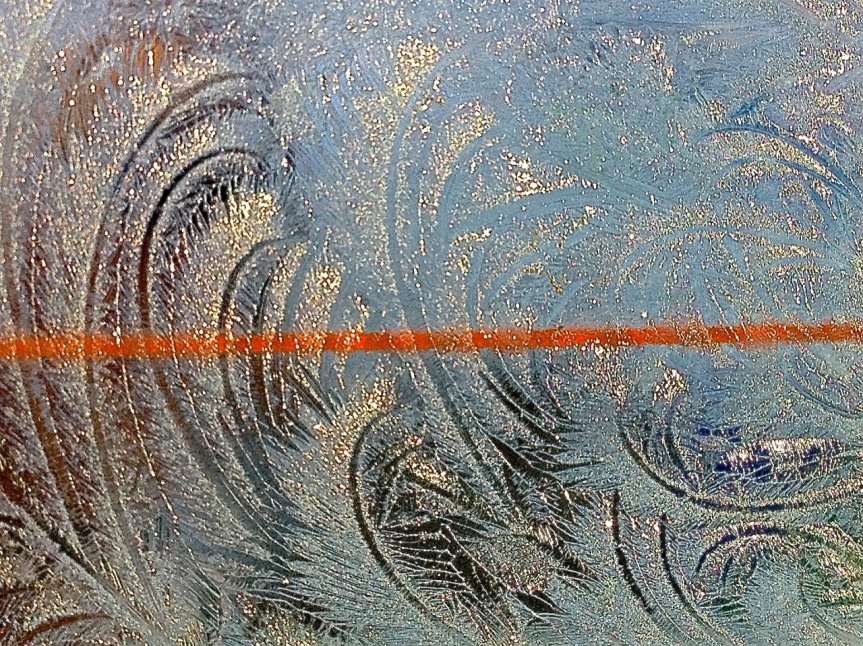 The patterns were just so feathery.

The piles of stuff in the back of the hatchback showed through, adding various colors to the palette of swirls.

These shapes remind me of palm trees.

I had remembered that I’d taken these photos and have been meaning to post them, but I hadn’t remembered that I had taken them the same morning as I took so many photos of ice drops in the back yard. I do wish that I’d gotten some photos with my real camera, and not just my phone, but I suspect that the delicate frost patterns didn’t survive much of that sunny morning.