Often when I have too much going on, I find myself stumped about what to say. More often than not, I turn to poking my head around in my photo library to find things to post. Happily, this weekend was a photo-heavy one. Among the activities of the weekend, we went for a post egg-hunt walk around the wilds of our backyard. Among the many and varied things of the tree and rock persuasion, I found this one stump, which I found completely enthralling. Viewed from above, you can see that it has distinct regions, showing varying degrees of rotting, different patterns of cracking, and as a variety of growths of moss and fungus.

I liked the shapes made by the rather heart-shaped black section, nestled up with the disc of moss-covered sectionl 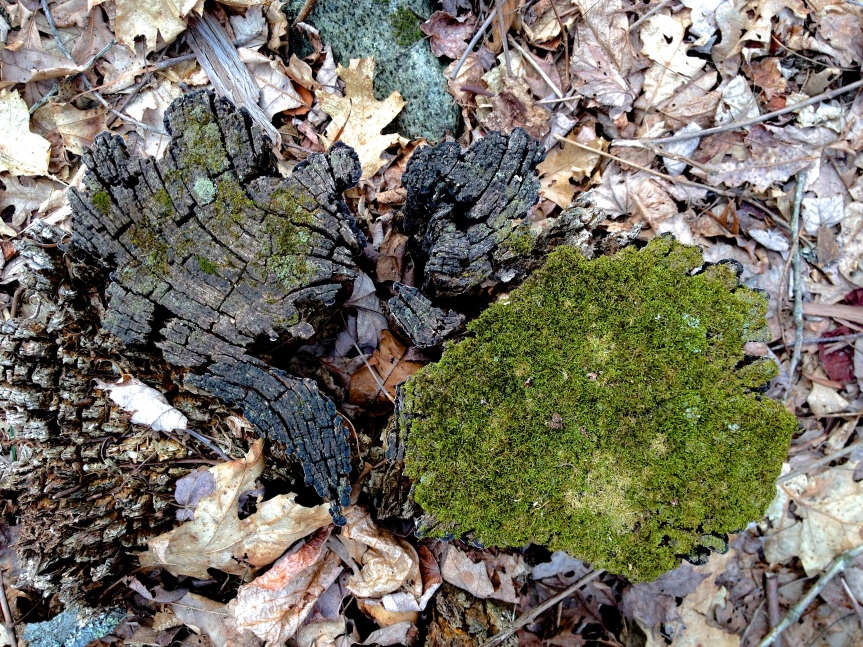 When viewed from the side, the green mossy section looked like a scale model version of a grass-topped cliff.

I find the textures and patterns of the black and white fungus growing on the side to be very striking.

Still another section showed more cliffs and spires, this time rounded off a bit by the fungus. 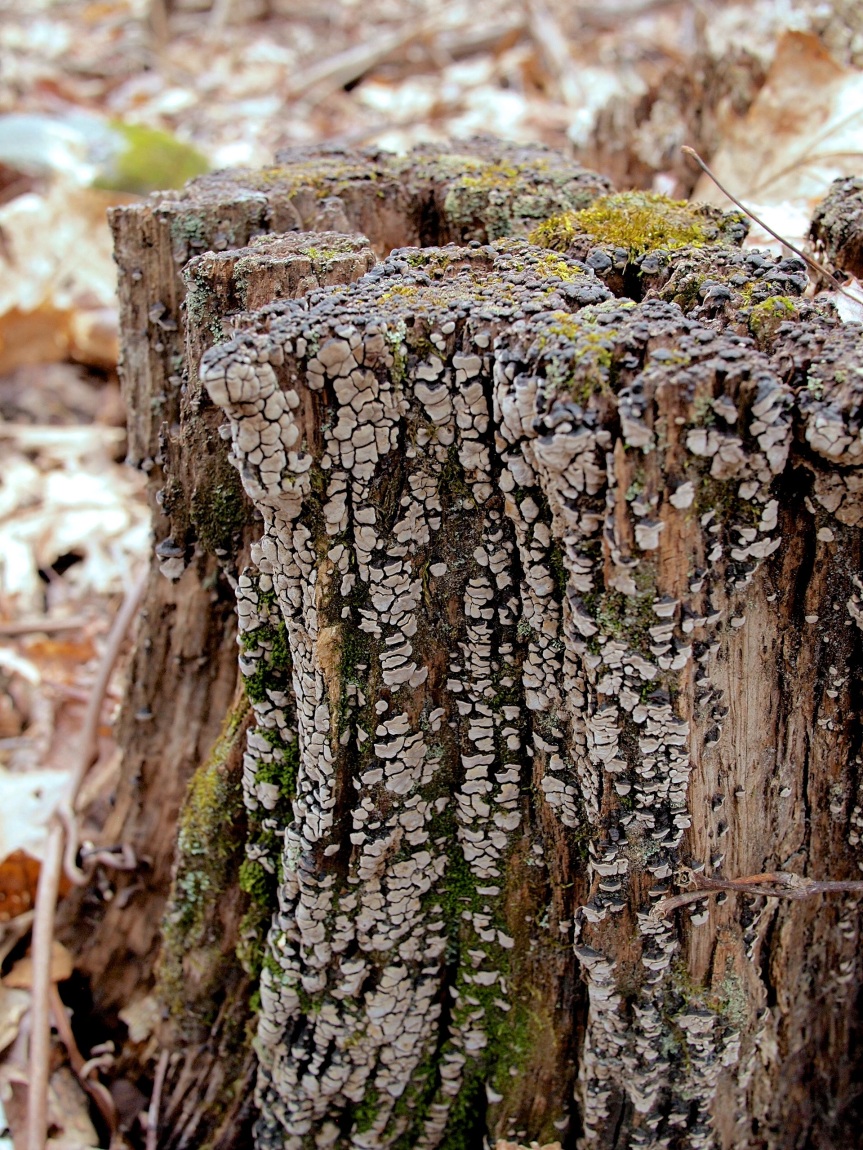 I’m seriously considering going back and seeing if there were other interesting things going on with that stump that I missed.