I got to have me some cake this week.¹ I ate it, too. And this cake-having inspired me to think about cake. So I’ll be serving up a list of cake-oriented things for this week’s ThThTh.

¹ Actually, what I technically had was a celebratory fresh fruit tart, with a preamble of a couple of donuts holding some candles. But these were symbolically cake: 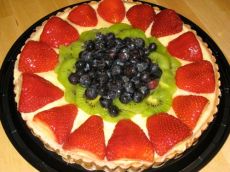 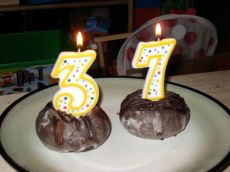 11 thoughts on “having my cake”