My photo library is loaded with railway-related photos. I love to travel by train, frequently commute by train, and as a parent of young children, we have many toy trains and rails in our home. I have many years worth of photos of railways of all sizes. So when I saw that Archie had picked “railway” for the friday foto finder theme, I figured I was golden.

What I hadn’t really taken into account is the trouble in making a decision when I have too many options. A couple of days later, and I’ve finally chosen share some of my more recent photos on this theme. (Not that I’ve been doing nothing else other than deliberating over train photos, mind you. I also had to do things like deliberate over what to wear and what to make for dinner.)

The week before last, I had a workshop to attend in New York City, and I opted to take the train down. I first took the commuter rail into Boston, and then took an Amtrak down to New York Penn Station. I had a couple of hours to wait in Boston between trains, and spent part of the time wandering around taking a few photos. Here are some photos of the model railway that is an annual tradition of South Station. This one is apparently a newer and bigger one than has been there in previous years. 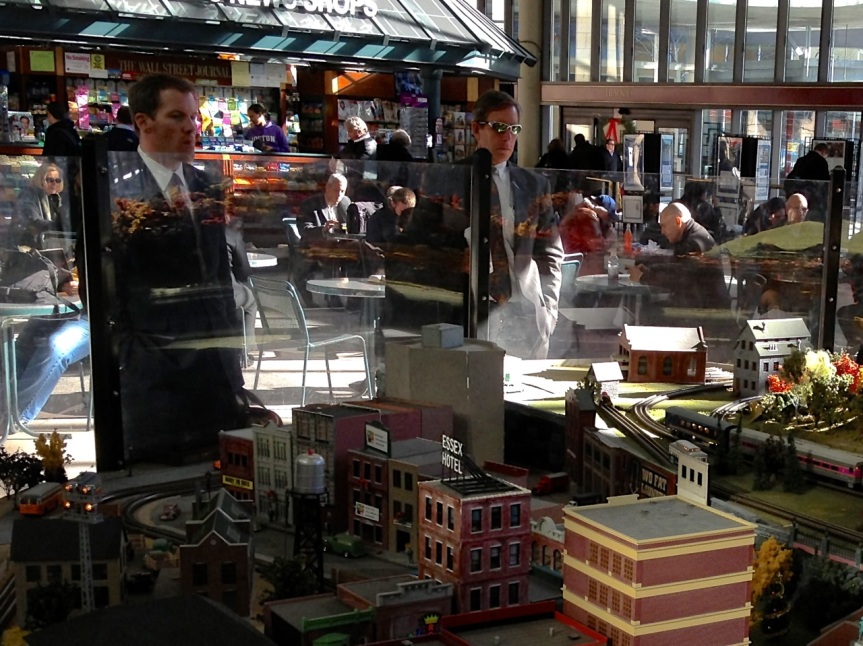 (This is a crop of the photo above, but I wanted to show the two very serious-looking men in dark suits.) 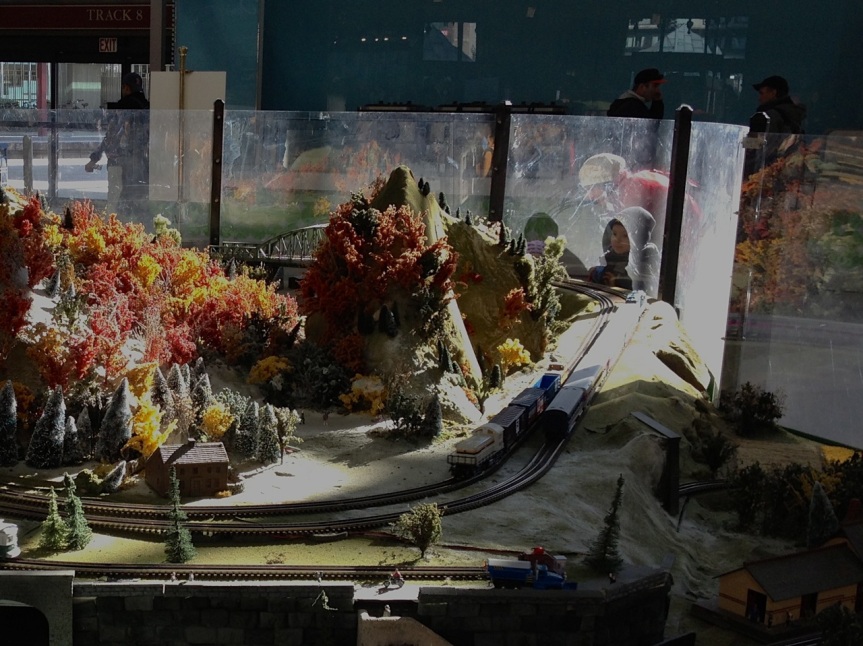 As I hadn’t wanted to be weighed down with a lot of luggage for only a couple of overnights, and since my schedule was going to be too tight for any sightseeing, I had decided not to bring my real camera. It turned out to be a bit of a shame, because there are some times when having more options is a good thing. I did find myself wishing that I could adjust my settings to better deal with the bright light. On the other hand, my phone is handy to have in my pocket, and is easy to whip out for snapping a few shots reasonably unobtrusively.

5 thoughts on “railway by the railway (friday foto finder: railway)”