Speaking of tomatoes, which I have been doing often lately, I came across this bit of news:

I had heard of people throwing tomatoes in protest, but more in a public shaming of a politician or performer sort of way. Not as a mass political protest. Especially where the protest involves protestors throwing tomatoes at each other.

I am currently coping with an excess of overripe tomatoes myself, but the only throwing I had in mind for them was towards the compost pile… 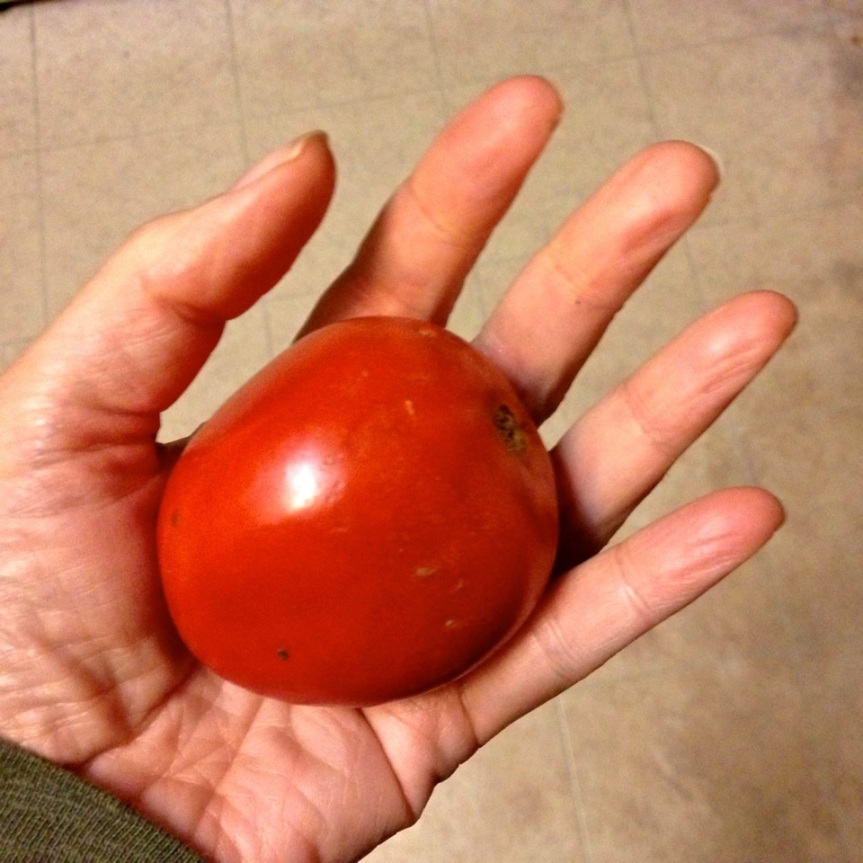 An almost overripe tomato from my kitchen counter. I have no plans of throwing this tomato at anyone. If I don’t manage to include it in some sort of tomato sauce, it will be thrown in the compost pile.¹

¹ Truth be told, I am only including this photo because I have been posting so many photos lately that it felt somehow wrong to not include a photo of something. And seeing as I don’t have photos of actual tomato-throwing activities, I took this rather uninteresting photo just now in my kitchen.

One thought on “speaking of tomatoes”