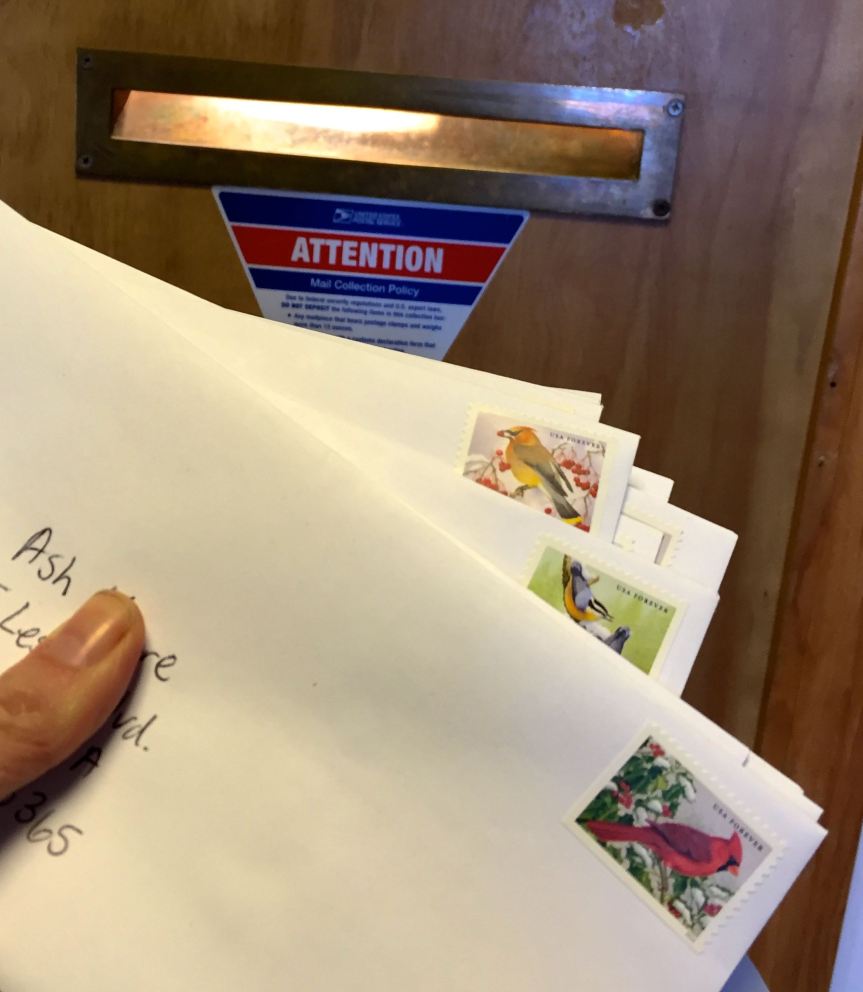 I engaged in an act of political resistance this week. I sent a letter to each of the 20 electors of Pennsylvannia to urge them to consider casting their vote for anyone who shows better respect for international diplomacy and the office of president than the president-elect. I don’t expect my letters to change any minds. There’s a good chance my letters won’t even be read, that they won’t arrive before the electoral college meets. That they will be buried in the bags of letters being sent. Even so, I wanted to add my plea to those of many thousands of others to voice that the upcoming administration does not have a mandate to carry out policy changes that put our world at risk.

As an aside, when I stopped by the post office to buy my stamps and mail my letters, I was amused by one of the signs in this quaint little scene at the back of the building. 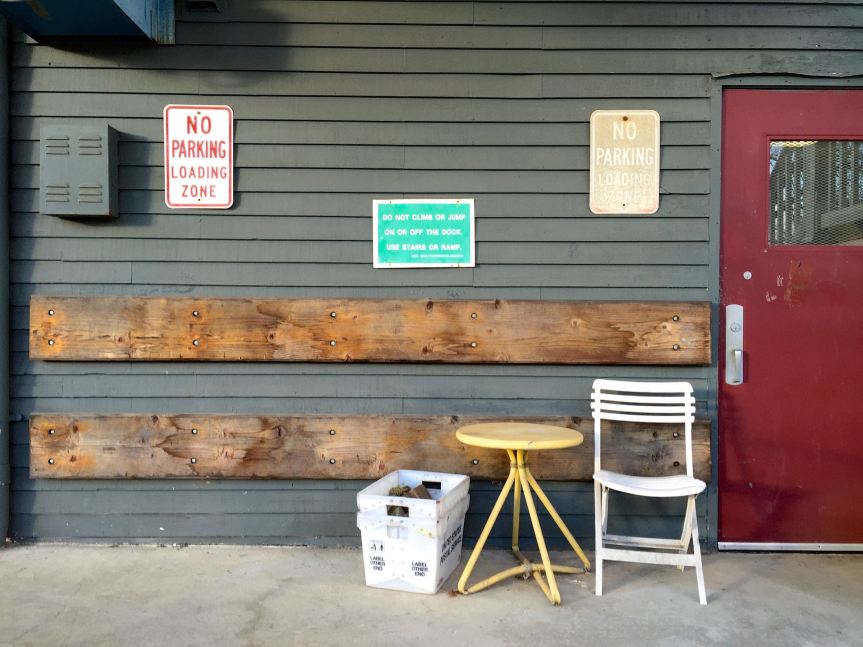 “Do not climb or jump on or off the dock. Use stairs or ramp.” 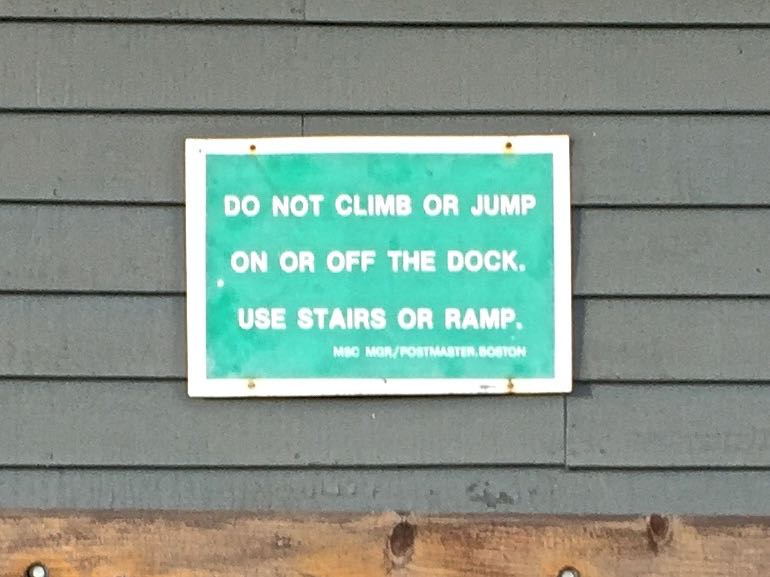 It is rare that we are publicly invited to jump off stairs in public buildings. (But I did resist the temptation.)