First with the Tumblr, and now with the Instagram. It would appear that I’m all about jumping on the social media bandwagons. (Or maybe on the trailers that follow the bandwagons, since the bandwagons passed me by ages ago. I’m a late wagon jumper.) (Not that I’m about to start a MySpace page. That wagon is long departed.)

Having been without an iPhone, or other mobile device with a decent camera, I had only looked on to the Instagram posts of others with interest and some envy. The cool filters! The hipness of it all! But for my birthday, John got me an iPod touch, which comes with not one, but two cameras. Woo-hoo! I rushed to load the Instragram app. (Well, maybe not exactly rushed. It was probably over a week. I was busy.) First I played around a bit with some very lackluster photos taken with the iPod, with disappointingly lackluster results. But then I figured out that I could use photos I’d taken previously, with my real camera, and futz with them in Instagram. I have to say, I find the filters a lot of fun.

Here are a few photos I’ve played with. For most of them, I failed to make note of which of the many available filters I used, so I tried my best to reconstruct. However, if anyone can tell that I’ve got the filter wrong, please speak up. 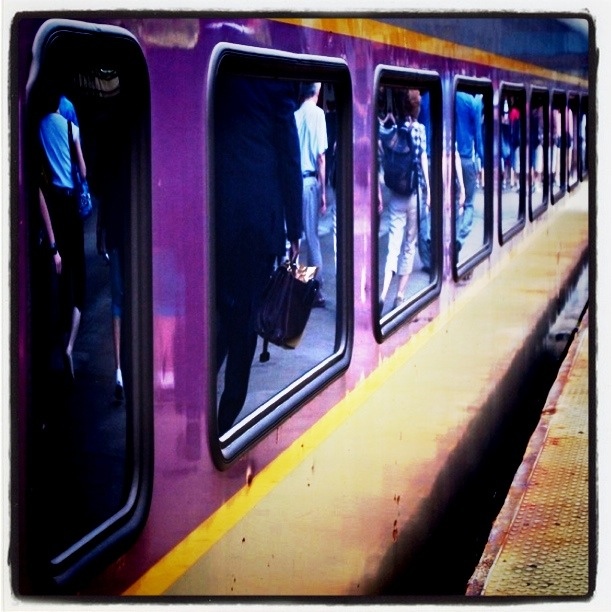 This was a photo I took on my commute during my first week or so of Project 365, in August 2010. (I think this filter might be the one called X-Pro II. You can see the unmanipulated one on flickr.) 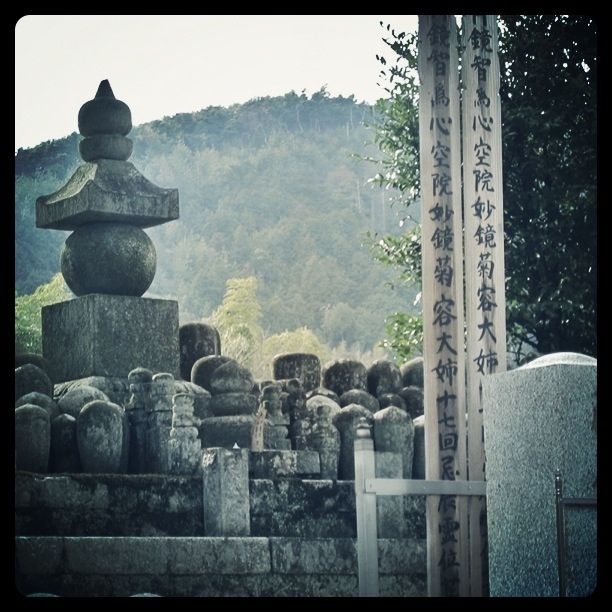 This one I took on my trip to Japan in 2004. It is (I believe) an old cemetery in the hills just outside of Kyoto. I love the photo, but the highlights were blown in such a way that I’ve had trouble adjusting it. Putting it though an Instagram filter gave it new life. (I think this might be with the filter called Walden. Here is the original.) 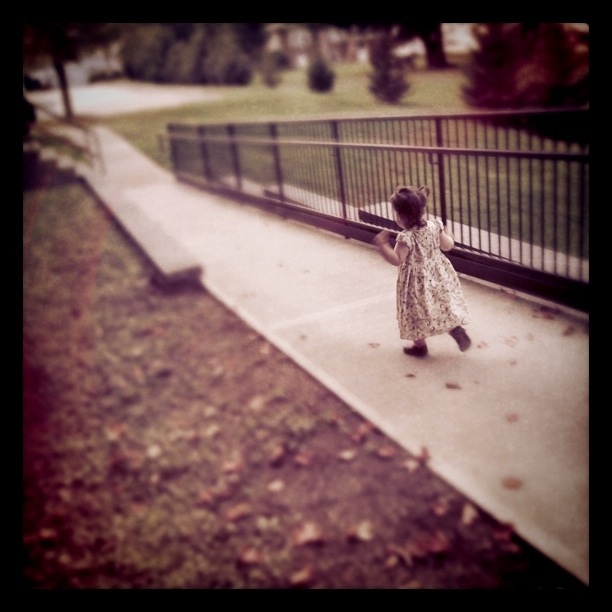 Here’s one where I tried applying the tilt shift doohicky, as well as a filter. (I think this filter might be the one called Sutro.) I like the composition of the original, but I really think that changing the focus and the palette adds to the nostalgic feel.) 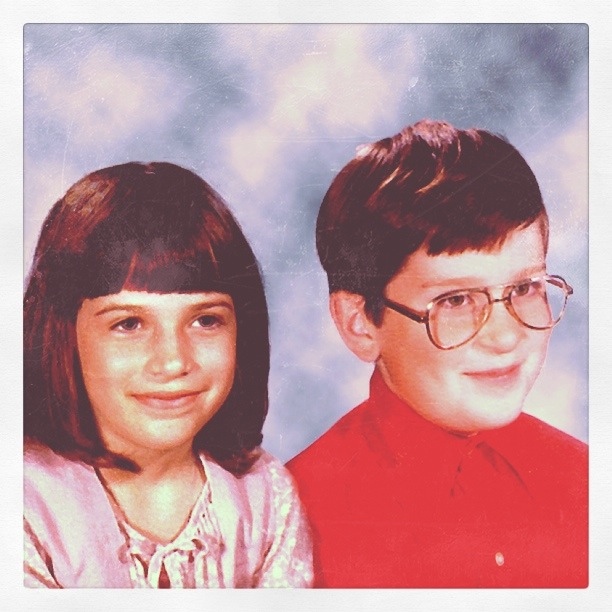 I joked that this one was a composite photo of John’s and my 1977 school portraits, with the filter called 1977. Although I realized since posting that the school portraits were probably actually from 1979. (How I could I have been so far off?) Actually, in this case the filter didn’t add much, but it amused me so. Here is the “original,” which John made a few years back from photoshopping our two scanned school portraits together. (We didn’t know each other in the 70s, and lived on opposite sides of the country.)

So there. Instagram is fun. (If you are on Instagram, you can find me there as alejna99. Yes, the username alejna was taken. Again. I haven’t yet dared look to see who is using my name.)